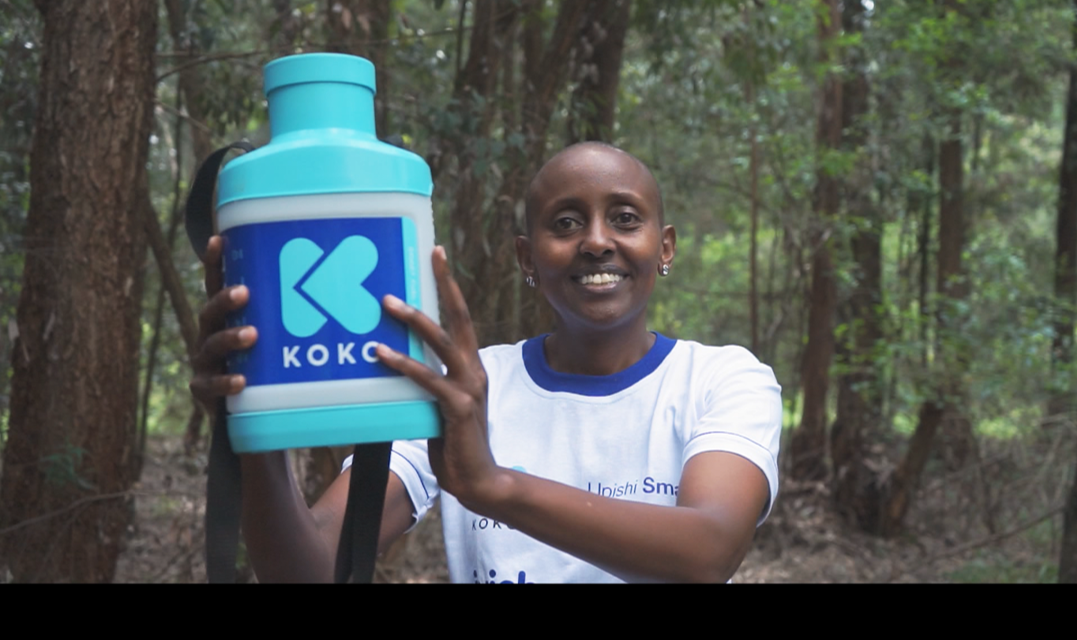 This month, we welcomed Sophie Odupoy to the team, as KOKO’s inaugural Group Head of Public Affairs.  Comprising both Kenya-specific and international elements, this has been a really significant role for us to fill, and we’re delighted to welcome someone of Sophie’s calibre.  We spoke to Sophie to learn more about her background, her motivation for joining us, and the areas she’ll be focusing on at KOKO...

Welcome, Sophie! It’s great to have you here. To kick off, can you tell us a bit about yourself and your experience?

My previous experience cuts across business development, operational, and communications roles with consumer goods companies, technology companies and Government, which has provided me with a wealth of experience to add value to a group such as KOKO.

After roles earlier in my career with both Proctor & Gamble and Microsoft East Africa, I’ve spent the last three-and-a-half years as Director of Strategy & Communications at Kenya’s Vision 2030 Delivery Secretariat.

Launched back in 2008, Vision 2030 is the Government of Kenya’s strategic development programme, aiming to help transform Kenya into a “newly industrializing, middle-income country providing a high quality of life to all its citizens by 2030 in a clean and secure environment.”

An excellent organisation to be part of – what did that role at Vision 2030 entail?

My role focused on driving stakeholder engagement around Vision 2030 flagship projects, with a key objective of communicating with the public on progress made and enhancing understanding of the key players in achieving Vision 2030.

Being part of the public sector was fascinating after a long career in the private sector.  Working within the Kenyan Government, I was able to see first-hand the efforts and strides the Kenyan Government is making to ensure that clean energy becomes a reality for the majority of Kenyans.  I also saw how important it is for a government to provide an enabling environment for businesses and sectors to take off and grow the economy of a country, something the Kenyan Government takes seriously, as evidenced by Kenya’s continued improvement in the World Bank’s measure of ‘Ease of Doing Business’.

I’m looking forward to applying this public sector experience back in the private sector with KOKO.

So why did you decide to join KOKO?

I first heard about KOKO through a friend; when I investigated more into what KOKO is doing, I was hooked on the vision.  Specifically, I’m captivated by KOKO’s focus on building technology to improve the lives of lower-income groups through (first) providing affordable and clean household energy.

I have interacted with so many citizens in Kenya over the years who have no choice but to use charcoal or even kerosene for household cooking due to financial constraints and a lack of access to modern, clean, affordable solutions.  They have simply learned to live with the negative effects of dirty fuel use – indoor air pollution, the lingering smell of smoke on their bodies and clothes, dirty nails from handling charcoal, rising costs, asthma in kids...the list goes on.

I want to be part of a group that will make a tangible difference for this country and many others, directly impacting people’s lives.  KOKO is scaling rapidly as consumers increasingly become aware of its offering and this fast growth made it an attractive proposition.

What is the nature of the ‘Group Head of Public Affairs’ role at KOKO?

I will lead our Government Relations function within Kenya, and also work closely with our Corporate Development team to support government relations efforts in expansion countries.

There’s a lot of work going on, and even more still to do in helping governments beyond Kenya understand the positive impacts associated with the industry KOKO is building and adopt best practice policies that encourage the industry’s growth.

So, there’s both a domestic and an international aspect to my role here, and I anticipate becoming a key spokesperson for both KOKO and the bioethanol cooking industry in general, as we work towards overcoming the scourge of dirty cooking fuels in Kenya and beyond.

What do you think about the role of clean energy – and clean cooking in particular – in Kenya's growth and in its achievement of the UN SDGs?

Kenya has mainstreamed the SDGs into its national development plans – including in the national Medium-Term Plan III (MTP III), which is the third 5-year progressive plan of Vision 2030 covering the period 2018 – 2022.  The Government of Kenya has clearly identified that clean renewable energy is the direction to take to not only reduce deforestation and the emission of greenhouse gases, but also to drive the reduction of deaths and illness from the use of charcoal and kerosene.

Kenya is currently facing a challenge in changing weather patterns that are impacting agriculture – the mainstay of Kenyan industry – primarily driven by deforestation.  These effects include severe flooding and droughts in different areas and at different times.  There are multi-pronged approaches – across both private and public sectors – to plant and protect our trees.

As Kenyans, we have a growing awareness of the links between deforestation and climate change, food insecurity and so on.  We have to overcome our charcoal addiction as a country, both at an environmental and deeply human level.